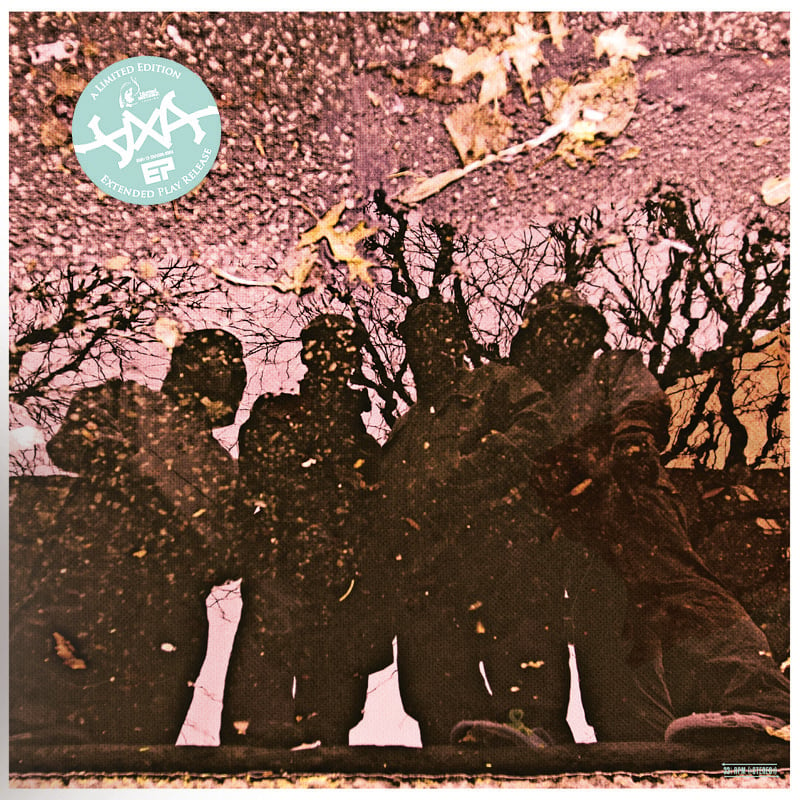 ONLY 50 available for USA!

ORDER AND RECEIVE THE DIGITAL VERSION ON 320MP3 FOR FREE!

European and Internation orders can be placed directly with BLUNTED ASTRONAUT RECORDS http://www.bluntedastronaut.com/product/pre-order-dxa-self-titled-ep-12

Back at it again with a self-titled EP, DXA follows up to their latest 7" single release for I Get Up/Ice's Jazz.
This time it's with a full-length project that has brought the whole team back to their essence, because it is entirely produced by IceRocks - the producer of the crew.
This is the same formula used for their first release in 2005.
This record has a range of feels to it that work together to create a different vibe when listening through the album.
Created in the Mecca of the culture, DXA brings the next progression of the NYC hip-hop sound. It will bring you to a place that you have been longing for since the golden days of hip hop.
DXA also called on some great artist to accompany them on this album, including Meyhem Lauren, Too Deep, Meta, ArtOfficial, Lewis Parker and Masta Ace.

Side B:
1. Too Good feat. Meyhem Lauren

2. Smile At Me feat. Art-Official and Meta

0 Items in your cart
Keep shopping